scenes from an italian-ish restaurant

Located on the main floor of the JW Marriott Hotel in Edmonton’s ICE District, Kindred Food + Drink is your go-to destination for fresh and casual dining with an Italian accent.

At Kindred, all appetites are welcome. Whether you’re in the mood to catch up over an antipasto platter and Aperol Spritz, twirl your fork into spaghetti eve Stanley Tucci would approve of, seasonal flavours or sink your teeth into a comforting chicken or eggplant parm, we’ve something with your name on it.

Featuring a large, humming dining room, inviting lounge seating, and a sunny streetside patio, Kindred’s airy atmosphere and contemporary design are polished enough for a lunch meeting and laid-back enough for a lingering weekend brunch or easy-going dinner with friends. We’ll meet you anytime you want in our Italian-ish restaurant.

Growing up amidst the brightly coloured houses and cheery people of St. John’s, Newfoundland, Chef Jason Greene understands the importance of welcoming guests into your home or restaurant with open arms. Enthusiastic about cooking from a young age, Jason has always immersed himself in the kitchen. From rolling out cookie dough with his grandmother to whipping up a weeknight mac and cheese with his mom, Jason’s earliest food memories evoke a familiar sense of warmth and comfort.

Relentlessly motivated and hard-working, Chef Jason’s culinary career has taken him across Canada and back again. After getting his professional start cooking in Fredericton, New Brunswick, he spent back-to-back summers in the mountains of Lake Louise, Alberta, followed by productive stints at a popular Italian restaurant and four-star hotel in downtown Halifax. Since 2010, Chef Jason has worked his way up through several acclaimed kitchens in Edmonton — from executing seasonally inspired tasting menus at the upscale Madison’s Grill to crafting simple, flavourful dishes at Tzin Wine and Tapas, a charming 24-seat gem. Most recently, Jason headed up the restaurant team at The Westin Edmonton, where he proved himself as a seasoned chef and dependable leader.

When he’s not in the kitchen, Jason can often be found snowboarding, playing golf or gathered around a campfire with friends. “I still love to cook on my days off,” he says. “I always end up back in the kitchen because that’s where I’m comfortable. That’s my zone.” 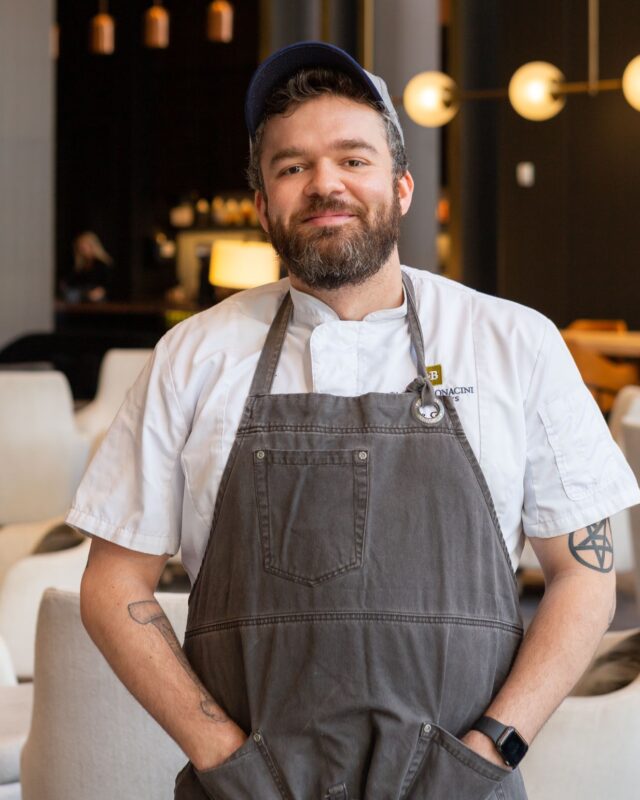 From a young age, Chef Jesse dreamt of a career in food. Displaying eagerness to learn, fierce determination and curious imagination, his genuine enthusiasm was impossible to ignore. With his dream now a reality, Chef Jesse’s unwavering passion is almost tangible.

One of his earliest culinary memories, Chef Jesse recalls dyeing Easter eggs with family, completely enamored by the fusion of food and art. Fuelled by hours spent watching The Food Network, a desire to start experimenting in the kitchen was soon ignited. Chef Jesse’s aunt nurtured his growing interest, taking on the role of certified taste tester alongside his uncle. Looking back now, he admits he may have served the pair some truly questionable creations.

With his passion aflame, Chef Jesse began reading up on food theory and poring over cookbooks. The degree of thought and careful organization behind each recipe spoke to him, affirming his pursuit of food as a career. During his time at George Brown College’s Culinary Management program, he built connections with like-minded individuals and restaurant industry contacts alike, landing a job at the University Club of Toronto. There, he grew a deep appreciation for the dedication, patience and discipline required of scratch-made cuisine.

Finding his stride, Chef Jesse later joined the team at L’Avenue Bistro in Toronto’s midtown, where his confidence in the kitchen translated into great success for the small but mighty establishment. There, he gained a mentor in Chef Jeremy Dyer, who taught him what it meant to run a kitchen, regardless of the size. When his mentor moved on, Chef Jesse took the reins, stepping into the role of Head Chef at just 27 years old.

Ready for something new following his time at L’Avenue Bistro, he was drawn to Oliver & Bonacini’s caliber of cuisine and breadth of opportunity. Fast forward to today at Kindred Food + Drink, Chef Jesse is serving up a twist on familiar plates, showcasing the beauty in uncomplicated yet refined cuisine. His most prized menu item? The Meatloaf. “As simple as a meatloaf is, it can be horrible if done incorrectly. To me, if you can blow someone away with something recognizable yet refined, it’s far more impressive than having them enjoy a dish with zero idea of what it is.”

Although he now resides in Edmonton, Chef Jesse remains a big fan of both the Toronto Maple Leafs and the Toronto Argonauts. Outside of the kitchen, Chef Jesse is a lover of music and does his best to see as many live concerts as his schedule will allow. In summer, you can find him hiking, biking and exploring the city’s growing restaurant scene. 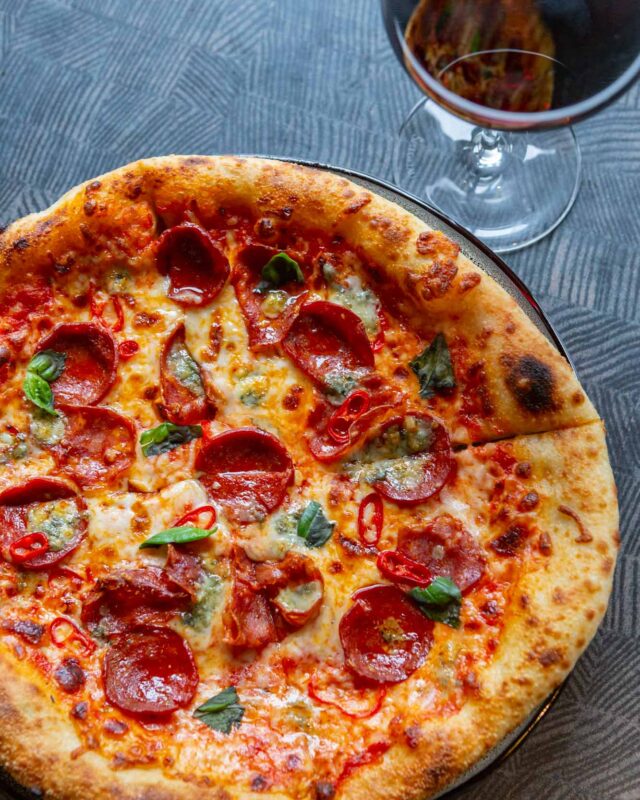 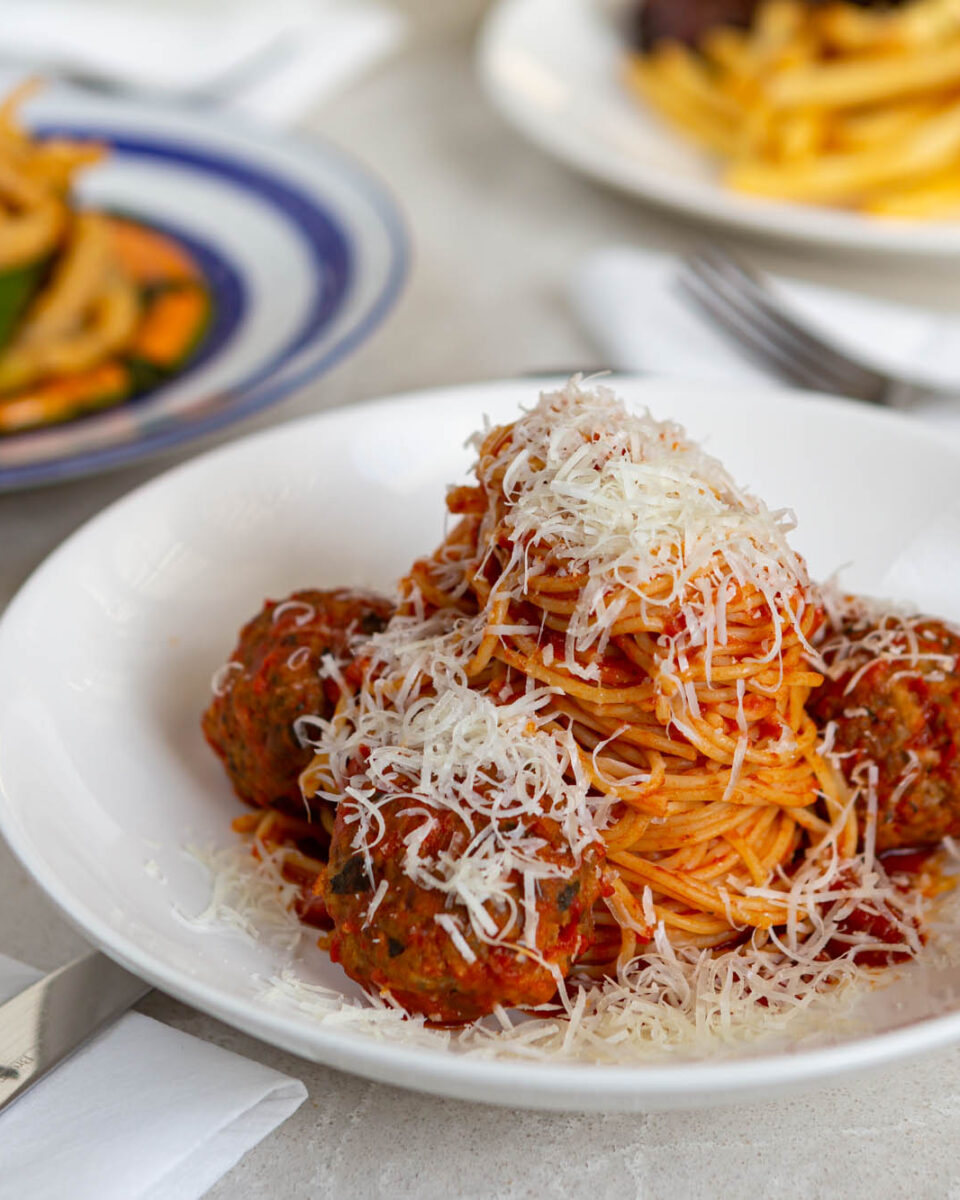 what to expect when you dine with us

We ask that you please review our dining protocols before joining us to ensure a seamless experience for you and your party.